A tribute to Michael Weinberg

On May 13, 2012 some of the staff at Dentistry on Dundas will be participating in the 2012 Sporting Life 10K to make a difference in the lives of children affected by childhood cancer in memory of a dear friend of Dr. Mark Librach's, who succumbed to brain cancer earlier this year.

In honour of him we are trying to raise funds to help send a child with cancer to Camp.

Camp Oochigeas provides fun and meaningful experiences to approximately 680 children affected by cancer each year at no cost to their families. Every child deserves to experience the wonder of camp. After all, enjoying the outdoors and having fun are two integral parts of being a child!

Please help us to make a difference in the lives of children affected by childhood cancer. If you would like to sponsor one of the 'Weinberg Warriors' Click Here.

A tribute to Michael Weinberg

On Monday February 13, 2012, my dad suffered a heart attack. At 84 years old I guess these things can be expected. Fortunately for all of us he was awake, in his office and he recognized the symptoms. Less than an hour later he was sitting upright at the hospital proudly showing everyone his before and after angiograms. Three days later, his stint was working beautifully and he was released from hospital. His story was one of modern medicine and a little luck. 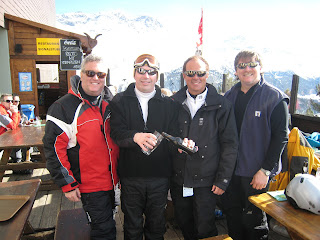 Unfortunately, not all stories like this turn out so well. We still have a long way to go and some disorders still have very little treatment success. Such is the case of the glioblastoma multiforme (GBM), a brain tumour which rarely responds to treatment. Although treatment can have limited success in prolonging life, it is always fatal. Famous Victims of this cancer include Ted Kennedy, Geaorge Gershwin, Gene Siskel, Roddy Mcdowell, Sandy Duncan, Tom Cheek …. the list goes on and on. What's interesting is that, out of all notable people, the most people who died from these brain tumors starting in the 19th century to present were writers, musicians, actors or sports figures, a group of talented people non-the-less.

I would like to draw your attention to one less famous but all the talented friend of mine who also passed away form this very same disease, Michael Weinberg. Michael was a friend, an Alpha Omega Frater, and an outstanding human being. Those who knew Michael had varying opinions of him but all recognized his blunt quest for knowledge. He hated bullshit and could recognize it a mile away. Once BS was recognized, a comment like, “If I want your opinion I will give it to you,” was not far behind. He knew his subject matter, especially regarding implants, to a tee.

Michael was an outstanding clinician with a great attention to detail. He enjoyed teaching and passing his knowledge on to those that would listen. He pushed himself to be the best in a world of evidence-based dentistry. He had the ability to make others feel that they were capable of anything and to strive to be the best they could be.

Michael died as the sitting President of the Toronto Crown and Bridge study club, a position that he couldn’t have been more proud of. Although, Michael was very involved in his professional life, he had never undertaken anything remotely like this in organized dentistry. I take great pride in saying it was I that persuaded a resistant Michael to take the leap and submit his application for a line position with the club. Talk about taking the bull by the horns… Michael’s enthusiasm for everything TCBSC was sometimes hard to contain but always with the clubs interest at heart. Yes he was sometimes stubborn, a suggestion to remove pasta as a starter for one meal was met with a very blunt, “from my cold dead hands”, from Michael. Michael was not afraid to shake things up and make himself heard. He stepped up to protect the reputation of the club and the members of the committee. Michael also made sure that the year he set in motion would be completed with ease with or without him.

Michael was also an integral part of the Alpha Omega Ski Seminar Series. He helped organize, he lectured and he had an insane attention to detail when it came to the culinary aspects of the trip. Michael took control of everything food. If there was an issue regarding any function everyone knew Michael would always take care of it. He was sadly missed this year in Trois Vallee’, France and Taos, New Mexico, two trips he helped organize. An integral part of the altakucker ski team, Michael will always be remembered as the one who got them down.

It was in Trois Vallee’ that I, and many who knew him well, heard of his passing. Being far away did not lesson the pain. I was fortunate to be with many friends who knew Michael as I did. He was apart of what made all of those trips so amazing. He was a fixture that was and will always be missed. When we gather on one of those trips or for any reason, “Here’s to Michael” has become the toast.

It was because of the TCBSC and the AO Ski Seminars that I spent a lot of time with Michael. For this I am truly grateful.

Now I know this tribute is not all encompassing when it comes to Michael’s life. It would take ten dedicated issues of the Aorta to do that. I didn’t even mention his family and all his friends who I know loved him dearly. I’m sure many of you have similar and different experiences, non-less dear to you as mine are to me. Appropriately, it is just a taste. It is how I knew Michael.

Mark Librach
Posted by Dentistry on Dundas at 8:05 AM No comments:

Invisalign Before and After 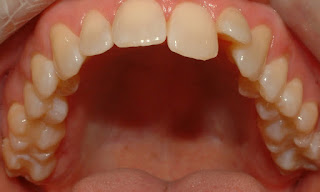 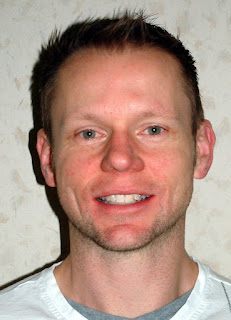 Greg presented to our office with lateral incisors that were protrusive and rotated. He had wanted to get them fixed but was not interested in having metal brackets. He had 14 months of Invisalign to achieve this result.

You may be surprised to learn that having properly aligned teeth extend far beyond cosmetics. Straightening your teeth can significantly improve you oral health! 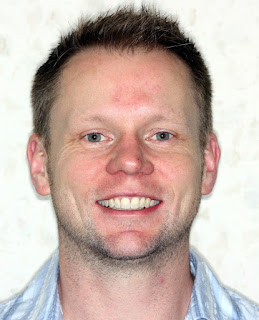 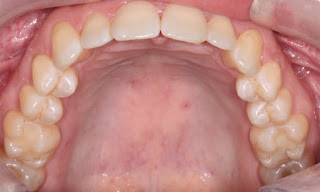 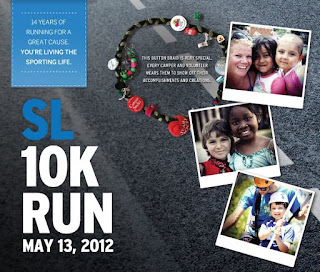 We are participating in the 2012 Sporting Life 10K on May 13 to make a difference in the lives of children affected by childhood cancer in memory of a dear friend of Dr. Mark Librach's, who succumbed to brain cancer earlier this year.


In honour of him we are trying to raise funds to help send a child with cancer to Camp.

Camp Oochigeas provides fun and meaningful experiences to approximately 680 children affected by cancer each year at no cost to their families. Every child deserves to experience the wonder of camp. After all, enjoying the outdoors and having fun are two integral parts of being a child!

Please help us to make a difference in the lives of children affected by childhood cancer.

To donate to the Weinberg's Warriors Team select a staff member below you would like to sponsor. Thank you for your support! Team pictures will be posted after the run!

Connie
Posted by Dentistry on Dundas at 6:49 AM No comments:

Check us out online!